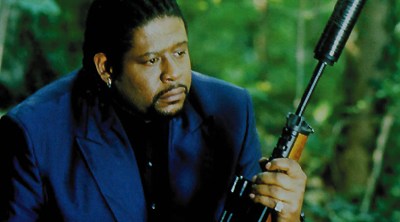 Because I know this page is widely picked up by the web crawlers I like to use the opportunity to suggest people not to use the DHL express Iceland service. Alot of people in Iceland use the internet to shop online. Mainly because Iceland is an isolated island in the middle of nowhere. And of course it is quite convenient shopping online for anyone anywhere.

On the 13th april I placed an order of an italian course with www.linguaphone.co.uk. The Linguaphone company despatched the order on the 14th of april. There are flights to and from the UK all throughout regular days by various companies. A package from UK takes about maximum 2 days to reach it’s destination.

When my package had not arrived on the 26th I wrote to the Linguaphone company and asked them what happened. They told me that the DHL company had asked for additional information about my address. Still I had not heard anything from them. When I came home a bill for 57 pounds was waiting for me on my doorstep, but no package. The following day I expressed to the Linguaphone company my unhappiness for the choice of postal service. I told them that the Icelandic Postal Company only charged around 7 pounds for the delivery of a similar package. The Linguaphone company told me that they were making inquires about the package with the DHL “Express” and that they were hoping that the company would get in touch right away. They never did. 15 days have passed and the package has not arrived to me.

I called the DHL service and after an employee investigated my order she finally found the package. I asked them to deliver the package to the place I work. She said that it would be okay, and I only had to sign for the package. Half an hour passed and she called me, and asked me if I had paid the bill because they would not deliver the package if I hadn’t. I told her that I would do this with the online bank. She was okay with that, and the phonecall ended. 5 minutes passed and she called me again to ask me to print out the confirmation for the transaction. Being calm and polite through all this I told her that this had become quite annoying. May I make a note that the bill in question is the sort that if you don’t pay it you have the chance of being sued.

#1 – The DHL service charged around 57 pounds for the package.

#2 – The Icelandic Postal Service charges around 7 pounds for the delivery of a package of this sort.

#3 – During working hours they tried delivering the package to my address. Maybe they assumed that I was unemployed because I was ordering a language course? I don’t know.

#4 – They did not leave a note or call the phone number included with the package information.

Companies that are into online shopping should not use this service. There are other services that are much cheaper, and have much more experience in serving post and packages. islandspostur.is is one of them.